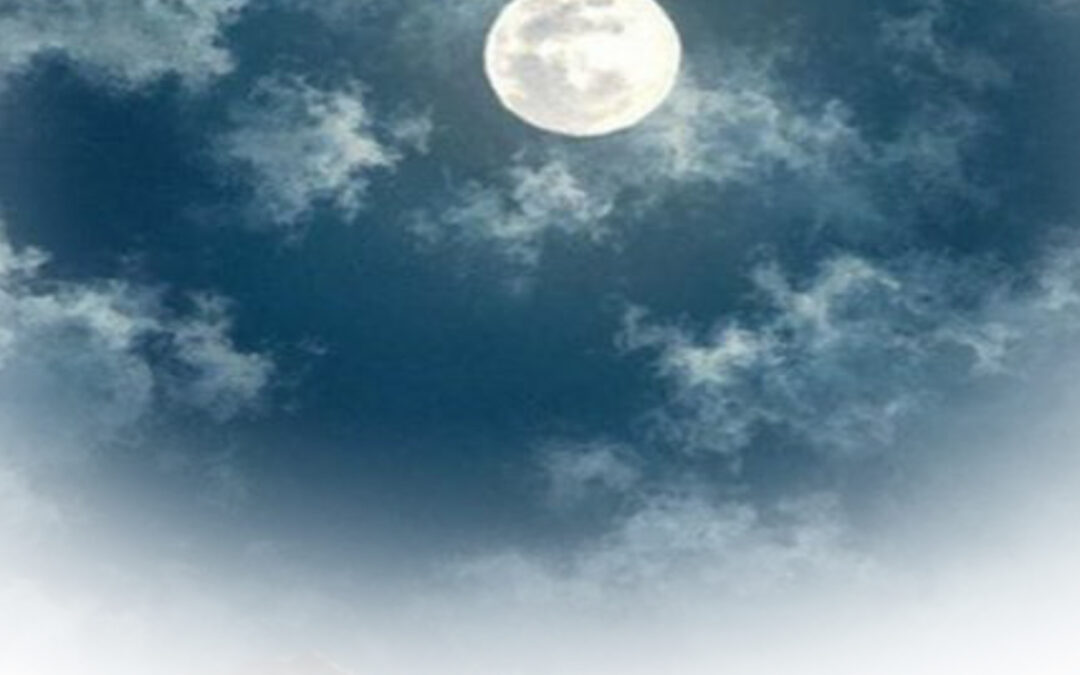 The moon has always been a sign of romance, mystery, and lofty goals. It’s been the subject of songs, poems, and turns of phrase (“shoot for the moon,” “honeymoon,” “over the moon,” and more). In a particularly romantic scene in the classic movie It’s a Wonderful Life George Bailey offers his future wife whatever she wants, including the offer to lasso the moon for her. This focus on romance, large gestures, and a bit of intrigue seen in popular culture, also describes the Moon card used in Lenormand cartomancy.

Lenormand is a type of oracle deck, similar in some ways to Tarot. Its cards are more straightforward than Tarot. Instead of relying on intangible or psychological factors, its cards focus on the more practical question of how things may occur rather than why they might occur. It is considered a fortune telling deck for specific days or events, such as whether or not a person gets a job, or what might happen on their birthday. Due to its more specific readings, it can feel more direct than other types of fortune telling. There are 36 cards, and typically a configuration of only a handful of cards are use at once. The grand tableau is a rarer practice, and uses all 36 cards.

The moon card in Lenormand represents similar themes to what you might expect: romance, intuition, emotions, fears, fame, creativity, dreams, and even subconscious. With regard to relationships, it means a deepening loving relationship. When combined with the idea of a job, it means a promotion or praise. Its meaning also includes a sense of strong emotions, which can be exciting and new, but also fear and deeply hidden fears or shame. Like the nighttime and moon themselves, this card thrives in an environment where fantasy and feelings trump logical decisions made in the light of day.

Like other cards, this card has further meaning when applied with a second card. For example, when seen with the key card, it can mean you’ll unlock your subconscious. Combined with the heart, its meaning represents a desire for love. The negative side includes a combination with the birds card, which shows worry and emotional instability; and the child card, which represents a neglect of your inner child’s feelings.

The lunar phases occur within a month, and part of the moon card’s meaning is that the reading includes information about something that will occur soon. It could be a matter or days or weeks, up to a month, but not years ahead of time.

This card is a good example of how Lenormand readings are fairly practical and understandable. The cartomancy revealed with this deck is not too esoteric for the common person. Anyone can derive meaning from the cards and apply it to their real, and immediate situation.